It’s not everyday someone from the IT Department takes a role in helping justice be served, but that’s what happened this past summer during a high-profile investigation by The Colony Police Department.

In the aftermath of a shooting that took place on July 23, TCPD Criminal Investigations Division was on the clock working to identify a suspect. In their possession was a DVR with, presumably, surveillance camera footage from the street where the incident occurred. They just couldn’t get to its contents and they only had access to the hardware for a limited time.

In steps Colt Wight, Systems Analyst for the city’s IT Department. Wight was called in on a Sunday, the day after the incident, to lend a hand – not because he has a long history of working with video equipment but because he’s a known problem-solver.

“My director, Chris Vasquez, told me they needed help but couldn’t provide a lot of details,” Wight said. “When I arrived at PD headquarters that afternoon, they handed me a metal box. I knew nothing about that DVR system. All I knew was that I had to figure out a solution to access the video files quickly and effectively.” 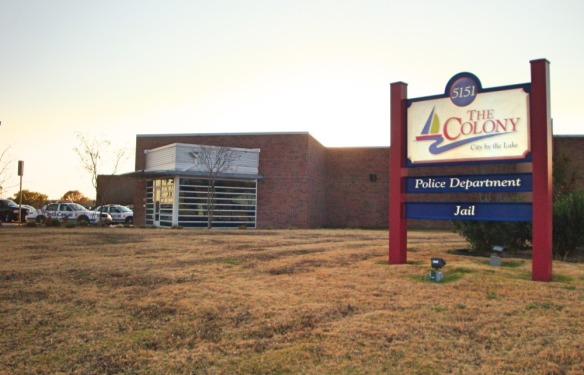 He started with the basics by analyzing every component. “This connects to that, which connects to this, and so forth,” Wight said. “It was trial and error at first but utilizing basic assumptions about similar systems I was able to develop a theorized procedure.”

Before long, he had the box hooked up to a monitor and was interfacing with the software but still couldn’t access the video because the files were all stored in the cloud. Wight had to connect the box to the internet while at the same time ensuring it wasn’t potentially compromising the city’s secure networks.

“Part of my job is to make sure all of the information we have as a city is kept safe from both accidental and malicious circumstances,” Wight said.

It wasn’t too long before he had the whole system up and running, with access to options, live view, admin features, etc. But there was still one hurdle to jump before they could see the recorded files.

“It asked me for login credentials,” Wight said, adding that PD at the time had no way to get them from the owner of the system. “Plus, there were only hours left to complete the task.”

So, Wight put his problem-solving skills to further use and eventually found a way around it. Four hours after he arrived (and with multiple police officers looking over his shoulder the whole time) they were finally getting to see the footage of the incident they needed.

“The thing is, witnesses to the crime had identified an individual as the alleged shooter,” he said. “But the video clearly showed it was someone else.”

Police instantly mobilized, Wight said, and would later that night take custody of the new suspect.

Wight stuck around PD another couple hours to help download the footage to a flash drive and capture screenshots for later use in court. In the days that followed, The Colony Police CID Lt. Brent Brown presented Wight with a commendation in recognition of service to the department above-and-beyond.

Wight said he was glad to help our Police Department apprehend the right suspect and advance the process toward achieving justice for the victim’s family.

“It makes you feel good knowing that you got to do something that mattered,” he said. “You feel like everything is worthwhile in life when you get to do something important like that. That must be what the police and firefighters feel like on a daily basis.

“For me, it’s a once-in-a-lifetime experience. You don’t expect to get up in the morning and help bring justice to someone.”